Join us in celebrating our 2022 Legends and Legacies winners who were awarded honors at the ceremony on September 29 during Wesleyan Weekend! 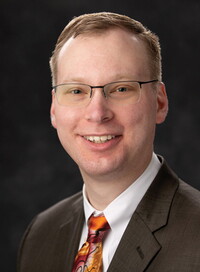 “NWU ignited my passion for higher education—and its power to transform lives and communities.”

Beyond his crucial work supporting the CEO of the University of Nebraska System, Bakken volunteers in the community and leads as a board member for Invest Nebraska Corporation and officer for Nebraska Defense Research Corporation.

Bakken points back to his term as a student governor for the NWU Board of Governors as the root of his interest in seeing the big picture of higher education and an early opportunity to observe good governance. He also sees the liberal arts experience as the source of his abilities to adapt to the everchanging nature of his role and of organizations.

With high praise from his closest colleagues, friends and members of his MBA cohort, Bakken garners respect and pride for his tenacity and dedication to improving the organizations he serves. He continues to make time to serve his own alma mater as the voice of NWU Track & Cross Country at home competitions. 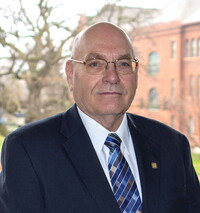 “NWU provided me with confidence to understand problems and the patience to research proper resolutions in a valid scientific rationale.”

As president and founder of Bergt Consulting Inc., Greg Bergt serves domestic and international pharmaceutical companies. His work with the Food and Drug Administration (FDA) and the pharmaceutical industry to achieve new drug approvals while ensuring compliance with FDA regulations has benefited his clients as well as the general population.

Longtime colleague and friend Brien Welch attests to Bergt’s loyalty—to his friends and their families, and to his alma mater. “Let’s just say Greg and I have had many discussions as to whose alma mater is the better school.” Bergt talks often of his love for Nebraska Wesleyan and the role it has played in the development of his family and in his professional life.

Bergt’s loyalty is apparent through his generous involvement in the advancement of the university. He has served on the President’s Board of Advisors and on the Science Campaign Cabinet in addition to his tireless advocacy to fellow alumni for their regular support of NWU. Bergt leads by example through his service and as an annual matching gift sponsor on Giving Day to encourage fellow alumni to participate in supporting NWU. 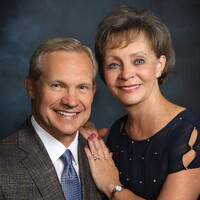 “Nebraska Wesleyan’s community of support and nurturing environment provided for our fulfilling careers and lifetime experiences.”

Peg Hurrell comes from a long line of NWU alumni, following her grandmother, mother, father, brother, sister and 10 cousins in attending Nebraska Wesleyan. While Brad Hurrell was a first-generation college student, he is just the beginning of his side of the family’s line of NWU alumni. One of Peg and Brad’s sons and a daughter-in-law have joined them as alumni.

After graduating NWU, Peg became a registered nurse. She had a successful career in hospital pediatrics, teaching nursing, clinic nursing and serving as a school nurse, before shifting her focus to raising their three children. Brad became a certified public accountant, and spent his entire career with KPMG LLP, where he led the firm’s relationships with many large multinational clients. During his career, Brad was recognized for providing mentorship to his colleagues. He also authored and instructed professional development materials for the firm.

The Hurrells value the lifelong friendships they created as students as well as the ways that relationships with fellow alumni, donors, staff and friends of Nebraska Wesleyan have enriched their lives.

Through their financial support, volunteerism and leadership roles, the Hurrells have remained involved members of the NWU community for nearly 50 years. In addition to their presence at NWU functions and work on special initiatives, Brad has served on the President’s Board of Advisors and the Board of Governors, and Peg has been a reunion representative. Brad’s leadership on the Board has included time serving on the Executive, Board Affairs and Facilities & Environs committees of the board and has chaired the Finance & Audit and Investment committees. Brad currently serves as chair of the Advancement committee. 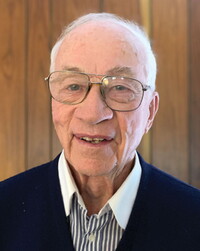 “While I was a physics/math major, the liberal arts program at Wesleyan provided me with the background to work in quite diverse cultures on curriculum projects used internationally.”

Now retired, Chuck Lang had a long and distinguished career as an educator. The Nebraska Academy of Science recognized his teacher workshop activities with the Friend of Science Award and he received the Presidential Award for teaching high school physics.

Lang took a two-year leave of absence from teaching in the late 1980s to become the technical advisor for the Mr. Wizard’s World television series and to begin his extensive development of multi-media physics education materials.

Lang is community minded and works toward the betterment of others through volunteer and philanthropic endeavors. He has been recognized as a Rotary International Paul Harris Fellow for his volunteer work in West Omaha. 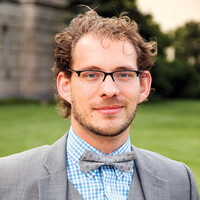 “The theatre department, CHIP, the Center for Student Involvement and many more forces on campus helped me merge my passion for social justice with the skills I gained as a theatre major.”

Tyler Richard is the Associate Director for Nationwide Strategic Communications at the American Civil Liberties Union (ACLU). His passion for social justice has led him to high profile work including spearheading a communications campaign for the cases of Aimee Stephens and Don Zarda, whose Supreme Court victory changed the landscape for LGBTQ+ rights nationwide.

From school board meetings to Congress, Richard advocates for policies that give more people an opportunity to be a part of “we the people.” As co-founder of OutNebraska, which is now a statewide organization, Richard enabled tens of thousands of people to funnel their passion for a more just world into being agents of change. His work as the first Communications Director of ACLU Nebraska raised the profile of the organization, leading to dramatic growth in the number of individuals and organizations in the state who further civil rights and civil liberties for all Nebraskans. Richard continues to break ground within the national ACLU as he bridges the gaps between state organization communications professionals.

Since arriving on campus, Richard has been a leader in the NWU community. As an alumnus, he has not only continued his advocacy for making the NWU experience safe and welcoming for students of all identities, but also jumped in to make a more inclusive campus a reality by serving on the Alumni Executive Council, attending campus events, offering internships to NWU students and speaking to classes and student groups. 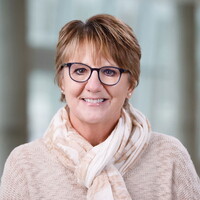 “NWU improved my skills and capability to publish novel learnings in my niche areas and establish relationships with leaders in business and healthcare from Nebraska. My philosophy has always been: Life is about relationships and relationships is all there is.”

Shelly Schwedhelm is the Executive Director for Emergency Management & Biopreparedness at Nebraska Medicine as well as the Executive Director of the Global Center for Health Security at UNMC. Throughout her 40-year nursing career, she has been on the frontlines of healthcare crises providing emergency care to patients and finding solutions that impact our state, region and nation.

Schwedhelm led the successful activation of the Nebraska Biocontainment Unit and the safe care of Americans affected by Ebola in 2014-15. In late 2019, she spearheaded the successful activation of the National Quarantine Unit and Nebraska Biocontainment Unit for numerous Americans from Wuhan China and the Diamond Princess Cruise Ship in Japan.

As an author of the COVID-19 Back to School Playbook, Schwedhelm played a critical role in helping Nebraska students— including Nebraska Wesleyan students—return to school in the fall of 2020. In addition to her many publications and presentations, she has been recognized throughout her career for her excellence as a nurse, a leader and in service to her community.

In the words of colleague Julie Lazure: “Shelly fosters excellence in clinical care and exhibits strong patient advocacy. At the start of the pandemic Shelly recognized right away that underserved populations and the elderly were at high risk. She worked with the public health department. And she took it one step further and traveled all over the state of Nebraska making sure the meatpacking plants and skilled nursing facilities were safe. Shelly demonstrates humility, self-awareness and authenticity. She creates a shared drive and purpose in everything she does.” 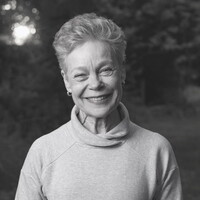 “My years at NWU provided me with professors and students all interested in exploring how the world was, and how it could be.”

After a 38-year career as a teacher, teacher coach, and district administrator for Atlantic City Public Schools, Kathy Whitmore co-founded The Leadership Studio. As Executive Director, Whitmore guides the organization’s nonprofit yoga studio, youth mentoring programs, scholarships and certification courses that use the philosophy of holistic practices to generate leadership skills and community involvement—all in the heart of Atlantic City.

Whitmore remembers exploring new ways of thinking during her time at NWU. With her professors and fellow students, she discussed the challenges of how to live in the world in new ways for justice. These conversations shaped her life, and she kept Cornel West’s words over her desk to remind her: “Justice is what love looks like in public.”

While Nebraska Wesleyan solidified Whitmore’s life of curiosity, learning and service, her experience with the Cooperative Urban Teacher Education (CUTE) program laid the groundwork for a lifetime of listening for what children and families need to make appropriate educational decisions. In addition to her accomplished career of professional service to the people of Atlantic City, she has offered her skills, leadership and care through numerous community organizations.