We look forward to celebrating our 2021 alumni award winners at our Legends and Legacies ceremony on October 7 during NWU’s Homecoming weekend! 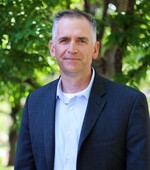 “The NWU education formed a foundation of commitment to lifelong learning and lifelong relationships. NWU taught me how important both experiences are in a career as a community servant.”

After a 25-year career in law enforcement, Bliemeister has recently begun a new career at Bryan Health as the safety and security manager. As Chief Deputy with the Lancaster County Sheriff’s Office and Lincoln Police Department’s Chief of Police, Bliemeister focused on continuous improvement, building community relationships and providing opportunities for growth to employees. Appointed to the Police Standards Advisory Council in 2017, he worked to promote professionalism in policing through the duration of his law enforcement career.

Bliemeister is passionate about providing influence in a community where he has lived and raised a family for more than 30 years. In his years as chief of LPD, he developed trust with citizens, employees, advocacy groups, media outlets, policy makers, private businesses and other governmental agencies. He strived to model accountability in policing through improved transparency of policies, practices and outcomes to the public in a way that affords continuing confidence.

Bliemeister has served NWU as a guest instructor for criminal justice classes and as a board member on the Alumni Executive Council. 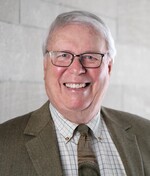 “Volunteering is one of the many values Nebraska Wesleyan instills in students as a ‘necessary for life’ experience.”

Since retiring from a career in human resources, Dunbar has made a second career of volunteering to help refugees find their personal and professional footing in Minnesota. While Dunbar’s volunteerism may have been sparked during his time at Nebraska Wesleyan, his career was the source of his knowledge and appreciation for persons from other cultures.

As president and owner of International Personnel Service, Inc., Dunbar’s consulting included immigration and visa assistance and international destination services. In seeking out opportunities to volunteer with people from around the world, Dunbar and his wife housed and sponsored several Iraqi refugees.

Before retiring, he began volunteering as an instructor of financial literacy and job search skills for newly arrived refugees. After retiring from IPSI, Dunbar took on a larger role, developing and implementing human resources programs for domestic and international staff of Alight, an NGO that serves nearly 3.5 million refugees with housing, food and medical assistance.

“Nebraska Wesleyan has been so nurturing for each of us, for our roots and for our wings.”

Lori and Bob Fairchild have each led impressive scholarly careers in service to Nebraska Wesleyan’s students and their respective fields.

Bob has moved between administration and teaching, sharing his interests in computer systems, health physics and applied physics with generations of Nebraska Wesleyan students. His work in radiation protection has led him to assist Nebraska state officials with radiation protection drills and to share advances in the field with Australian federal officials.

Bob and Lori attribute their success in sabbatical research to their roots on small farms in central Pennsylvania and the Nebraska panhandle. They have come to believe that relationships are the center of life and well-being.

In addition to her teaching role in economics—a field she found during her time as an NWU student—Lori has served Nebraska as a public voice on current economic issues. Her career studying human economic behavior led her to explore psychology and on a personal spiritual journey that enhanced her advising and mediating skills.

Lori retired from Nebraska Wesleyan in 2011 and Bob is currently a professor of physics. 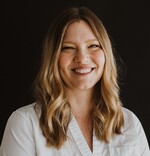 “My education at Nebraska Wesleyan offered me the opportunity, as well as the confidence and the freedom, to explore the world.”

Hershiser remains a student of the global community. Her career in international development began with aid organizations in Washington, D.C. and now engages corporations and foundations in global humanitarian relief with organizations based in New York City.

At Girl Rising, Hershiser brought corporate partners into the effort to advance equal access to quality education for girls worldwide through a documentary film and social action campaign. Hershiser now focuses on engaging private sector tech companies in the work of the International Rescue Committee. She develops partnerships with companies like Airbnb, Alphabet/Google and Microsoft to support IRC’s programs around the world, including refugee resettlement in the United States.

Hershiser credits her career path to the values instilled in her through Global Service Learning at Nebraska Wesleyan as well as the encouragement of her NWU advisors to be curious and embrace every chance to learn. 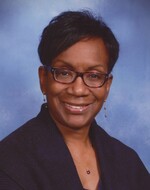 “The dedicated NWU faculty and generally small classes provided a learning experience that allowed me to achieve my academic best, and NWU’s affiliation with the United Methodist Church (UMC) expanded my diverse educational opportunities beyond the Lincoln campus.”

After beginning her career as a medical researcher, Mixon spent 40 years in executive roles with the UMC. As the director of corporate relations for Wespath Benefits and Investments responsible for managing the socially responsible investment program, Mixon leveraged the church’s $19 billion in investments to advocate for environmental, social and governance accountability from corporations (including giants like Wal-Mart, Ford Motor Company, Nike, Merck, Pfizer, Gillette and Reebok) on issues including climate change, human rights, workers’ rights, and diversity and inclusion. Her impact has been recognized by the Interfaith Center on Corporate Responsibilities on behalf of its coalition of 300 global institutional investors.

After over 30 years ensuring ethical investment of the largest Protestant pension fund, Mixon as the corporate secretary worked to implement board decisions, high standards of governance policies and accountability to the strategic plan for United Methodist Women’s advocacy and grant funding programs on global social justice issues.

Mixon’s legacy of influence includes serving the leadership of Nebraska Wesleyan as a founding member of the President’s Board of Advisors. 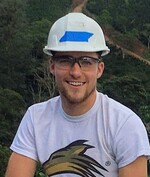 “NWU’s liberal arts degree and my study abroad in Germany truly turned me into a ‘global citizen.’”

After earning a master of science in civil and environmental engineering, Taute began a career in making sustainable energy accessible to communities around the world. He began as founder and CEO of a microgrid company that brought electricity to small, rural communities. Taute then took his clean energy engineering skills into the global community as a senior project engineer, leading the largest solar farm in the United States and developments in Israel, Colombia, Japan, Mexico, Canada and the Bahamas.

Now a consultant in the energy industry and director of product for Odyssey Energy Solutions, Taute regularly talks with current and prospective NWU students about the opportunities an NWU physics education and student-athlete experience can offer, including the time management, discipline and work-life balance skills that have led to his professional success.

Taute’s work and his volunteerism with Engineers without Borders bring solar and other off-grid electricity solutions to communities in Africa, Asia, North America and South America. 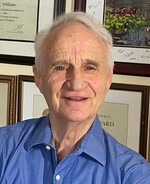 “Dr. Walter French’s classes channeled me into physics as a career.”

After earning his Ph.D. at Wesleyan University in Connecticut, Williams began his 38-year career with the National Institute of Standards and Technology as a research physicist and project leader, primarily in the Electronics and Electrical Laboratory.

Throughout his career, Williams shared his work with colleagues around the world and received prestigious recognition from the U.S. Department of Commerce for his leadership in redefining the international system of electrical units over the course of his career.

Williams has taken on leadership roles in his United Methodist congregations throughout his adult life. His recent support of Nebraska Wesleyan mirrors his experiences as a Track & Field student-athlete and a physics major, participating in the rehabilitation of the track and the building of Acklie Hall of Science.