Christine Olson had dreams of a trip to Australia someday. Like many, the thought of seeing the Sydney Opera House, koalas and kangaroos seemed fascinating.

When the opportunity arose to travel there over her semester break, she couldn’t turn it down.

The opportunity was made possible through a three-week course called “Sustainable Australia: Environment, Agriculture and Culture.” The course was the perfect academic combination to fuel the biology major’s passion for outdoors and travel. 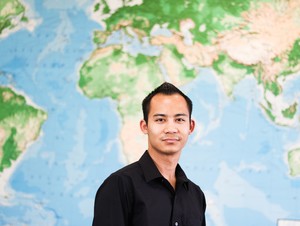 Khu Say was just an infant when he, his parents, and older brother were forced from their home in Burma — now known as Myanmar — and into the jungle to flee the civil war between the Burmese and Karen people.

They lived in that jungle for six months.

Fleeing armed conflicts, horrendous human rights abuse and persecution by the Burmese military, Khu Say’s family eventually crossed the border to Thailand where they spent 11 years in a refugee camp. 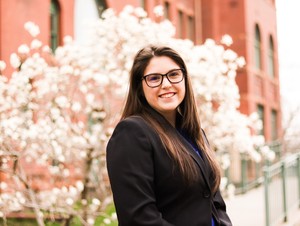 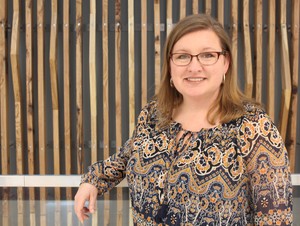 It took a few weeks to move every item belonging to the biology and chemistry departments from the Olin Hall of Science to the new Duane W. Acklie Hall of Science.

It took over a year of planning to make it a flawless move.

Coordinating the move to a brand-new academic building after nearly a half century of classes in Olin Hall required a talented point person who could make this once-in-a-career initiative run flawlessly. 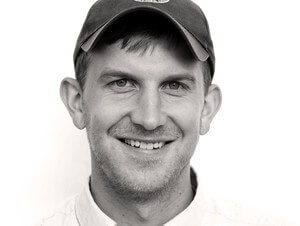 Schlautman earned his bachelor's degree in biology from NWU in 2012. In 2016, he earned his Ph.D. in plant breeding and plant genetics from the University of Wisconsin-Madison. Today the Lincoln native is the lead scientist for perennial legumes at The Land Institute, a science-based research organization that works to develop an alternative to current destructive agricultural practices. 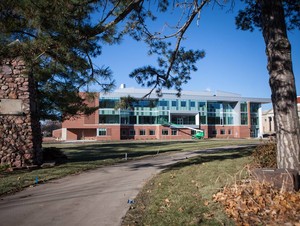 Students were welcomed to a new semester on Monday, January 14 with a fresh blanket of snow and a much anticipated new science building. 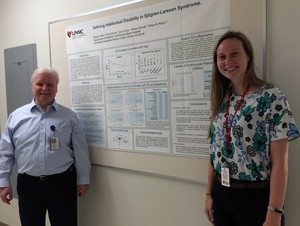 Senior's Research on Genetic Disease Affirms her Calling to Medicine

She didn’t cure any diseases. But a summer research experience gives her hope not only for a future career, but for the advances in medicine happening every day.

The biochemistry and molecular biology student from Omaha took lessons learned in her Nebraska Wesleyan classrooms to the labs of the University of Nebraska Medical Center where she was one of five NWU students accepted into the medical school’s Summer Undergraduate Research Program (SURP). 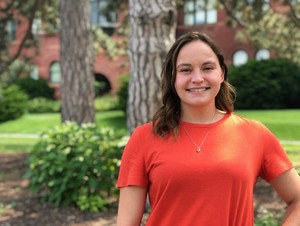 Two Nebraska Wesleyan University seniors have been selected to receive a Benjamin A. Gilman International Scholarship to study abroad for the fall semester.

Megan Canfield, a math and religion and philosophy double major from Grand Island, will study at the University of Tartu in Estonia. Canfield’s previous international experience includes her participation in the Encounter World Religions Conference in Canada. She plans to attend law school following graduation. 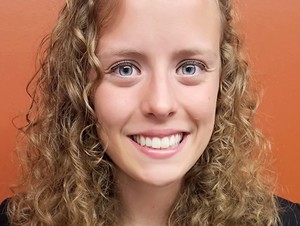 A recent Nebraska Wesleyan University graduate has been awarded a prestigious fellowship from the nation’s oldest academic honorary.

Carly Wahlmeier, of Grand Island, has been selected to receive a Phi Kappa Phi fellowship. Phi Kappa Phi is the nation’s oldest and most selective multidisciplinary collegiate honor society. Each year the society selects 51 recipients from hundreds of applicants who receive $5,000 to use toward graduate or professional school. 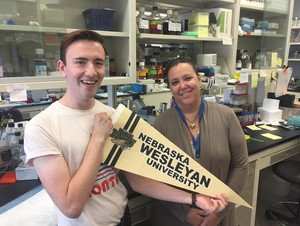 When Felix Baumgartner set the world record for skydiving—jumping 25 miles above the earth's surface from a hot air balloon—he didn't just set a new standard, he inspired a Nebraska Wesleyan University student to follow suit.

Senior Joseph Roper isn’t skydiving but he has been adhering to the lesson Baumgartner unknowingly set in motion: seek out new experiences.