High school band, choral, and orchestra students are invited to audition for the Wesleyan Honors Festival to be held on the Nebraska Wesleyan University campus February 13-15, 2020. There is no fee for auditioning. For those students accepted, there will be a $40 registration fee. Meals and music are provided. (Please note that students will need to provide their own housing.)

Diane Koutsulis is the recently retired Director of Bands and Arts Department Chair at Green Valley High School. Originally from Chicago, Diane taught in the Clark County School District for the past 35 years. She received a Bachelor of Arts Degree in Music from Western Illinois University. After teaching junior high band in Oswego, Illinois, for three years, she went on to complete the Masters of Music Education degree at Louisiana State University, in Baton Rouge, Louisiana, where she studied with Frank Wickes.

During her tenure in Las Vegas, Diane has built fine band programs and music departments at both Las Vegas High School (1982-91) and Green Valley High School (1991-2017). Her groups have consistently garnered recognition for fine performances and she has served as both guest clinician and conductor at various conferences and honor bands throughout the United States. Diane was named the 1999 Nevada Teacher of the Year and received the 1999 Milken Family Foundation National Educator Award. A member of the Clark County School District Teacher Hall of Fame, in March of 2003, she was inducted into the Nevada State Education Hall of Fame. In 2004, the Green Valley High School Symphonic Band performed at the Midwest Clinic in Chicago, IL. In 2005 and 2010, the Symphonic Band performed at Carnegie Hall in New York City. The Green Valley HS Marching Band performed in the 2010 Macy’s Thanksgiving Day Parade in New York City, as well as the 2009 and 1993 Presidential Inaugural Parades. Diane is a member of the National Band Association (NBA) as well as holding memberships in Nevada Music Educators Association (NMEA), National Association for Music Education (NAfME), and College Band Directors National Association (CBDNA). Diane is honored to be a member of the prestigious American Bandmasters Association (ABA). 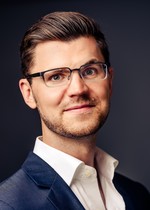 Jake Runestad is an award-winning and frequently-performed composer of “highly imaginative” (Baltimore Sun) and “stirring and uplifting” (Miami Herald) musical works. He has received commissions and performances from leading ensembles and organizations such as Washington National Opera, VOCES8, the Swedish Radio Symphony, the Netherlands Radio Choir, the Dallas Symphony Orchestra, the Santa Fe Desert Chorale, Seraphic Fire, the Louisiana Philharmonic Orchestra, the Philippine Madrigal Singers, Craig Hella Johnson and Conspirare, and many more. Jake’s visceral music and charismatic personality have fostered a busy schedule of commissions, residencies, workshops, and speaking engagements, enabling him to be one of the youngest full-time composers in the world. Considered “one of the best of the younger American composers” (Chicago Tribune), Jake Runestad holds a Master’s degree in composition from the Peabody Conservatory of the Johns Hopkins University where he studied with Pulitzer Prize-winning composer Kevin Puts. Has has also studied extensively with acclaimed composer Libby Larsen. A native of Rockford, IL, Mr. Runestad is currently based in Minneapolis, MN and his music is published by JR Music. Find out more at: JakeRunestad.com

Richard Meyer is a highly sought after music educator and maintains an active schedule as a guest conductor and clinician. For 35 years he taught string students at the elementary, middle school, and high school levels in the public schools. For 22 of those years, he directed the orchestras at Oak Avenue Intermediate School in Temple City, California, growing the program from 29 string students to 200 and was in charge of the city’s elementary string program. In 2009, Mr. Meyer implemented the “Giving Bach” program at his school which has garnered national attention for its innovative ways of using interactive concerts to bring music into the lives of special needs and inner-city school students throughout Southern California. He was the music director of the Pasadena Youth Symphony Orchestra for 16 years, conducting them in performances in New York, Washington D.C., Vienna, Australia, and Canada. He has been a featured clinician at the A.S.T.A. National Conference, Texas Orchestra Directors’ Association Conference, Australia National Band and Orchestra Conference and string teachers’ workshops at Ohio State University and Birch Bay, Washington. He has also guest-conducted All-State and Honor Orchestras in several states and abroad.

In addition to his teaching and conducting assignments, Mr. Meyer is a nationallyrecognized, best-selling composer with over 200 compositions and arrangements in print, and for 16 years served as string editor for Alfred Publishing Company. He is the co-author of several string method books, including the popular “String Explorer” Series and “Sight-read It for Strings”. He and his wife, Rose, live in Sierra Madre, California and have three daughters and three grandchildren.