Zeta Psi is one of the world’s oldest collegiate fraternities. Since its founding, Zeta Psi has grown to become a premier fraternal organization with active undergraduate chapters throughout the United States, Canada, England, Ireland and France.

Zeta Psi was originally founded on June 1, 1847 at New York University in New York City, new York. The Omicron Chapter of Zeta Psi traces its history to the founding of Nebraska Wesleyan University. Their forefathers, the Theophanians, founded the local fraternity in 1887. Also known as "Theos," they changed the name of the fraternity to Theta Phi Signa circa 1907. When enrollment at NWU dropped from 720 to 400 during the Great Depression, the Theos decided to merge with Everett, another local fraternity founded in 1899. The merger of these two fraternities in 1933 created the Crescent Fraternity.

The chapter closed in 1943 when World War II depleted the fraternity of all its actives. It reopened following the end of the war in 1945.

The Crescents remained a local fraternity until 1958 when they affiliated with Zeta Psi Fraternity of North America as its Omicron Chapter. The chapter closed again in the early 1970's and was re-founded in 1974.

Mission: “Zeta Psi strives to be the premier international men’s fraternal organization dedicated to forging academic excellence and life-long bonds of brotherhood. Through active chapter participation and continuing alumni outreach, Zeta Psi members are committed to the development of leadership, character and intellect and to the service of their brothers, their communities and mankind.” 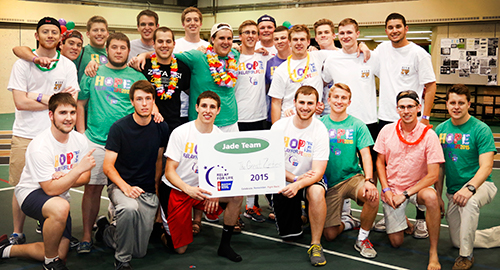