The William C. Kloefkorn Nebraska Writers Series was established through a generous donation from Ruth Meyer, Ph.D. Ruth graduated from Nebraska Wesleyan University in 1964 with a degree in English. She greatly valued her Nebraska Wesleyan education and specifically the mentoring role Bill Kloefkorn played in her life. This reading series honors the memory of William “Bill” Kloefkorn, who taught literature and writing at Nebraska Wesleyan until his retirement in 1997. Kloefkorn served as the State Poet of Nebraska from 1982 to the time of his death in 2011.

All readings are free and open to the public. 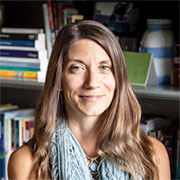 Lisa Fay Coutley is the author of tether (Black Lawrence Press, April 2020), Errata (Southern Illinois University Press, 2015), winner of the Crab Orchard Series in Poetry Open Competition Award, and In the Carnival of Breathing (Black Lawrence Press, 2011), winner of the Black River Chapbook Competition. Her poems have been awarded fellowships from the National Endowment for the Arts and the Sewanee Writers' Conference, a Rona Jaffe scholarship to the Bread Loaf Writers' Conference, and an Academy of American Poets Levis Prize. Recent poetry and prose appears in Black Warrior Review, Brevity, Copper Nickel, Missouri Review, Poetry Daily, Verse Daily, and Waxwing. She is an Assistant Professor of Poetry & Creative Nonfiction in the Writer's Workshop at the University of Nebraska at Omaha, where she advises the student-run journal and coordinates the fall reading series. She can be found at www.lisafaycoutley.com. 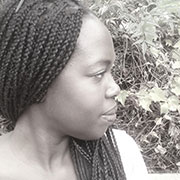 Hope Wabuke is a Ugandan American poet, essayist, and writer. She is the author of the poetry collection The Body Family, (forthcoming from Haymarket Books) the nonfiction book Please Don't Kill My Black Son Please (forthcoming from Vintage Books) and the chapbooks her, The Leaving, and Movement No.1: Trains. She writes literary and cultural criticism for NPR, is poetry editor for Ruminate Magazine, and an Assistant Professor at the University of Nebraska-Lincoln. She has won awards from the National Endowment from the Arts, the Barbara Deming Memorial Fund for Women Writers, VONA Voices, and others.