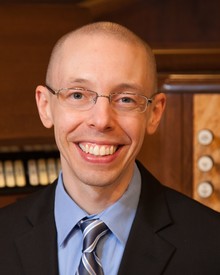 We each have music born within us that no one else has ever made and no one else ever could. It is a rich blessing and a deep privilege to be part of helping others to set that music free!

Tom Trenney is Assistant Professor of Music and Choir Director at Nebraska Wesleyan University.   He is now in his 12th season as Minister of Music at First-Plymouth Church, Lincoln, NE, and as Artistic Director of the Abendmusik Concert Series.  He is also founding Artistic Director of sounding light-- a professional chamber choir now in its 18th season.  Tom has previously served as Interim Choral Professor at Doane University, Oakland University, and Wartburg College.   His ensembles have sung for regional and national conventions of the American Choral Directors Association, and his choral music is published by Augsburg-Fortress, Beckenhorst, Choristers Guild, Hal Leonard, G. Schirmer, MorningStar, MusicSpoke, and Pavane.  Tom is grateful for his teachers and mentors, including Anton Armstrong, Craig Hella Johnson, David Davidson, Anne Wilson, Todd Wilson, William Weinert, and Mister Rogers.

Singing as a Spiritual Expression

Formation of the Choral Community

Vocation of the Church Musician