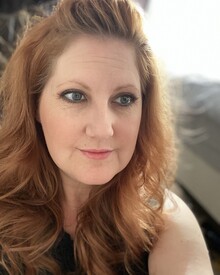 Sasha Dobson is a Lincoln native who received her BFA in Acting from Ithaca College in NY and her MFA in Acting from UNL.  After graduate school, she lived in England for five years where she performed with the touring company Shakespeare To Go.  Sasha has worked extensively as an actor, director, acting/voice/ dialect coach, teaching artist, educator and producer.  Sasha also works at the Lied Center for Performing Arts as the Education Outreach Coordinator and teaches Intro to Theatre at UNL.  She is a teaching artist for Flatwater Shakespeare Company's Little But Fierce program. Favorite directing projects include Girl Gone for Angels Theatre Company, Tribes and Much Ado About Nothing at Doane University.  Other exciting work includes teaching for VIPKID, an online English learning company that offers one on one English classes to young children in China!  Sasha's favorite and most important role is wife to Christopher and mom to Josephine and Chase!

MFA in Acting, University of Nebraska-Lincoln

Vocal Production for the Stage

Movement for the Stage