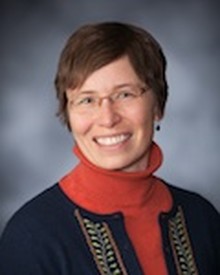 I caught the bug for International Education as a little girl growing up on farm in Nebraska listening to my mother's stories of Ecuador and my uncle's stories of Ghana. During my junior year at Nebraska Wesleyan University, I studied abroad in Trier, Germany, as an ISEP exchange student in 1991-92. Thanks to a Eurail pass and a long semester break, I was able to see much of Europe--from Paris to Prague and London to Rome, as well as much of Germany.

In August 2001 after completing my Masters in German and a Masters of Fine Arts in Literary Translation at the University of Arkansas, I moved to Cairo, Egypt to teach in the Writing Program at The American University in Cairo. My sojourn to Egypt lasted for two years. Additional international and intercultural experience includes teaching German and working with immigrants and refugees who had survived torture and then begun a new life Lincoln, Nebraska. Most recently I advised students at UNL about studying abroad and worked with incoming exchange students.

I have seen the sun set from the peak of Mount Sinai, parasailed on the Red Sea; wandered pedestrian zones throughout Europe; toured amphitheaters in Rome, Italy, and El-Jem, Tunisia; sailed on the Nile and the Mississippi; camped in Egypt's Western Desert and at Indian Cave, Nebraska; as well as gone horseback riding at Niobrara State Park and next to the Giza Pyramids. I am excited to return to NWU to help students include global engagement as part of their Wesleyan education.