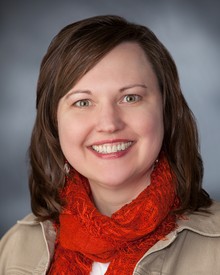 Students learn best when they actively engage course material. I like to use stories, examples and activities that help students apply information to their own lives.

Pokora joined the faculty at Nebraska Wesleyan University in 1996. Her first sabbatical took her to Florence, Italy for the 2003-2004 academic year. Pokora spent the 2012-2012 academic year in Galway, Ireland where she was a Visiting Research Associate with the Global Women's Studies Programme at the National University of Ireland, Galway. While in Ireland, Pokora completed work on her book, "Crisis of Catholic Authority: Faith and Power in the Diocese of LIncoln, Nebraska" which addresses power, authority and structure in the Roman Catholic Church. She was awarded the United Methodist Exemplary Teacher Award in 2001.

Pokora's research and academic interests center on organizational communication with a focus on gender, religion, dialogue, power and authority.