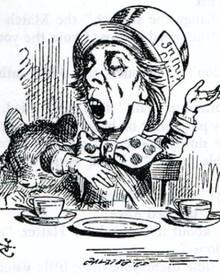 (b) Homer was wrong in saying, "Would that strife might perish from amongst gods and men." For if that were to occur, then all things would cease to exist.

(c) Soul is the vaporization out of which everything else is composed; moreover it is the least corporeal of things and is in ceaseless flux, for the moving world can only be known by what is in motion.

(d) Human nature is not rational; there is intelligence only in what encompasses him.

(e) [When visitors unexpectedly found him warming himself by the cooking fire:] Here, too, are gods.

1. Although this Logos is eternally valid, yet men are unable to understand it — not only before hearing it, but even after they have heard it for the first time. That is to say, although all things come to pass in accordance with this Logos, men seem to be quite without any experience of it — at least if they are judged in the light of such words and deeds as I am here setting forth. My own method is to distinguish each thing according to its nature, and to specify how it behaves; other men, on the contrary, are as neglectful of what they do when awake as they are when asleep.

2. We should let ourselves be guided by what is common to all. Yet, although the Logos is common to all, most men live as if each of them had a private intelligence of his own.

5. They pray to images , much as if they were to talk to houses; for they do not know what gods and heroes are. When defiled they purify themselves with blood, as though one who had stepped into filth were to wash himself with filth. If any of his fellowmen should perceive him acting in such a way, they would regard him as mad.

7. If all existing things were smoke, it is by smell that we would distinguish them.

8. Opposition brings concord. Out of discord comes the fairest harmony.

9. Donkeys would prefer hay to gold.

I FLED Him, down the nights and down the days;
I fled Him, down the arches of the years;
I fled Him, down the labyrinthine ways
Of my own mind; and in the mist of tears
I hid from Him, and under running laughter.
Up vistaed hopes I sped;
And shot, precipitated,
Adown Titanic glooms of chasmèd fears,
From those strong Feet that followed, followed after.
But with unhurrying chase,
And unperturbèd pace,
Deliberate speed, majestic instancy,
They beat—and a Voice beat
More instant than the Feet—
‘All things betray thee, who betrayest Me.’

There was a boy: ye knew him well, ye cliffs
And island of Winander! ---- many a time
At evening, as the earliest stars began
To move along the edges of the hills,
Rising or setting, would he stand alone
Beneath the trees or by the glimmering lake.
And there, with fingers interwoven, both hands
Pressed closely palm to palm, and to his mouth
Uplifted, he, as through an instrument,
Blew mimic hootings to the silent owls,
That they might answer him; and they would shout
Across the watery vale, and shout again,
Responsive to his call, with quivering peals,
And long halloos and screams and echoes loud,
Redoubled and redoubled, concourse wild
Of jocund din; and, when a lengthened pause
Of silence came and baffled his best skill,
Then sometimes in that silence while he hung
Listening, a gentle shock of mild surprise
Has carried far into his heart the voice
Of mountain torrents; or the visible scene
Would enter unawares into his mind,
With all its solemn imagery, its rocks,
Its woods, and that uncertain heaven, received
Into the bosom of the steady lake.

Thom Thom the Thonderman, Put the Wind up the
Peeler, Hat in the Ring, Prisson your Pritchards and Play Withers
Team, Mikel on the Luckypig, Nickel in the Slot, Sheila Harnett and
her Cow, Adam and Ell, Humble Bumble, Moggie's on the Wall,
Twos and Threes, American Jump, Fox Come out of your Den,
Broken Bottles, Writing a Letter to Punch, Tiptop is a Sweetstore,
Henressy Crump Expolled, Postman's Knock, Are We Fairlys Rep-
resented?, Solomon Silent reading, Appletree Bearstone, I know a
Washerwoman, Hospitals, As I was Walking, There is Oneyone's
House in Dreamcolohour, Battle of Waterloo, Colours, Eggs in the
Bush, Habberdasherisher, Telling your Dreams, What's the Time,
Nap, Ducking Mammy, Last Man Standing, Heali Baboon and the
Forky Theagues, Fickleyes and Futilears, Handmarried but once in
my Life and I'll never commit such a Sin agin, Zip Cooney Candy,
Turkey in the Straw, This is the Way we sow the Seed of a long and
lusty Morning, Hops of Fun at Miliken's Make, I seen the Tooth-
brush with Pat Farrel, Here's the Fat to graze the Priest's Boots,
When his Steam was like a Raimbrandt round Mac Garvey.

This is the day, which down the void abysm
At the Earth-born's spell yawns for Heaven's despotism,
And Conquest is dragged captive through the deep:
Love, from its awful throne of patient power
In the wise heart, from the last giddy hour
Of dread endurance, from the slippery, steep,
And narrow verge of crag-like agony, springs
And folds over the world its healing wings.

Gentleness, Virtue, Wisdom, and Endurance,
These are the seals of that most firm assurance
Which bars the pit over Destruction's strength;
And if, with infirm hand, Eternity,
Mother of many acts and hours, should free
The serpent that would clasp her with his length;
These are the spells by which to reassume
An empire o'er the disentangled doom.

To suffer woes which Hope thinks infinite;
To forgive wrongs darker than death or night;
To defy Power, which seems omnipotent;
To love, and bear; to hope till Hope creates
From its own wreck the thing it contemplates;
Neither to change, nor falter, nor repent;
This, like thy glory, Titan, is to be
Good, great and joyous, beautiful and free;
This is alone Life, Joy, Empire, and Victory.

For I will consider my Cat Jeoffry.
For he is the servant of the Living God duly and daily serving him.
For at the first glance of the glory of God in the East he worships in his way.
For this is done by wreathing his body seven times round with elegant quickness.
For then he leaps up to catch the musk, which is the blessing of God upon his prayer.
For he rolls upon prank to work it in.
For having done duty and received blessing he begins to consider himself.
For this he performs in ten degrees.
For first he looks upon his forepaws to see if they are clean.
For secondly he kicks up behind to clear away there.
For thirdly he works it upon stretch with the forepaws extended.
For fourthly he sharpens his paws by wood.
For fifthly he washes himself.
For sixthly he rolls upon wash.
For seventhly he fleas himself, that he may not be interrupted upon the beat.
For eighthly he rubs himself against a post.
For ninthly he looks up for his instructions.
For tenthly he goes in quest of food.
For having consider'd God and himself he will consider his neighbour.
For if he meets another cat he will kiss her in kindness.
For when he takes his prey he plays with it to give it a chance.
For one mouse in seven escapes by his dallying.
For when his day's work is done his business more properly begins.
For he keeps the Lord's watch in the night against the adversary.
For he counteracts the powers of darkness by his electrical skin and glaring eyes.
For he counteracts the Devil, who is death, by brisking about the life.
For in his morning orisons he loves the sun and the sun loves him.
For he is of the tribe of Tiger.