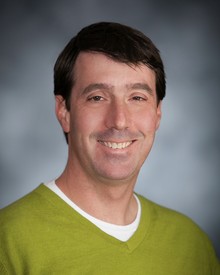 Dr. Skirry began teaching at Nebraska Wesleyan University in the Fall of 2006 after having taught at Emory University, William Paterson University of New Jersey, and Saint Xavier University at Chicago.

Ph.D in Philosophy from Purdue University (2003): His doctoral dissertation provided a new interpretation of Descartes' theory of how the immaterial mind is united to the body to form a whole and complete human being.

M.A. in Philosophy from San Francisco State University (1998): His masters thesis was on the philosophical connection between the metaphysics of American philosopher Charles Sanders Peirce and medieval, Scottish philosopher John Duns Scotus.

B.A. in Interdisciplinary Studies in Social Science from San Francisco State University (1991). His undergraduate thesis was on citizen involvement in crime prevention.

Dr. Skirry has published two books. The first is entitled, Descartes and the Metaphysics of Human Nature, which is in the process of being translated into Persian. The second is Descartes: A Guide for the Perplexed, which was translated into Portuguese. Both are published by Bloomsbury. Dr. Skirry has also published articles in several journals including Journal of the History of Philosophy, History of Philosophy Quarterly, and The American Catholic Philosophical Quarterly, among others.

His essay, co-authored with his son, Sam Skirry, "Visions, Dreams, and Spirits: Native American Epistemology and the Aang Gang" is forthcoming (2022) in Avatar: The Last Airbender & Philosophy. He is currently working on ancient Egyptian ethics through the literature known as "instructions." His study will also include other literary genre's like dialogues, tales, autobiographies, and religious texts.

Dr. Skirry is currently Chair of the Philosophy & Religion Department, Faculty President, and a Member of the NWU Board of Governors. He has served on a variety of committees over the years.

British Society for the History of Philosophy