Tuesday and Thursday 11 AM-1 PM 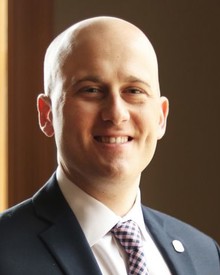 "The hottest place in Hell is reserved for those who remain neutral in times of great moral conflict" - Martin Luther King, Jr.

"I believe that banking institutions are more dangerous to our liberties than standing armies." - Thomas Jefferson

Born and raised in North Carolina (and educated a bit there, too).

Loves all things Nebraska Wesleyan, including plays, art shows, athletic events, and much more. If students do it, I want to find a way to support it!

Biography of a Dream: A Reception-Historical Study of the Fourth Beast in Daniel 7 (Gorgias Press, 2021)

The Life and Times of Jesus

The Life and Letters of Paul

Science and Religion in the Western Tradition

The Book of Daniel

The Book of Revelation

-Certificate in College Teaching. Given by the Vanderbilt University Center for Teaching, April 2015.

-The Biblical Languages Award. Awarded by the Wake Forest School of Divinity, May 2012.

-Student Presenter Award. Awarded by the Society of Biblical Literature Central States Regional Conference. Paper: "Facing Reality: Interpreting Connections between the Spiritual Conversions of Gilgamesh in the Epic of Gilgamesh and Nebuchadnezzar in Daniel 4,” March 2011.