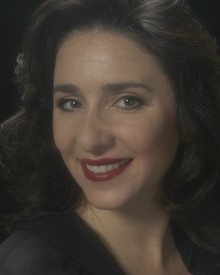 Dawn Pawlewski Krogh is currently a Professor of Voice and the Director of Opera at Nebraska Wesleyan University. She has sung professionally with the Des Moines Metro Opera, Des Moines Symphony, Lincoln's Symphony Orchestra, Third Chair Chamber Ensemble, Kansas City Folly Theater, and the Lincoln Opera of Chicago, and has performed opera in Japan, Ireland, and throughout the United States.

While working on her DMA at the University of Nebraska-Lincoln, she held title roles in the world premiere operas, The Divine Madness by Randall Snyder, and O Pioneers! by Tyler White in which her portrayal as Marie was hailed in Opera News Online as displaying a “clear, shining soprano capable of rising above the heavy orchestral passages.” Mrs. Pawlewski Krogh’s other roles at UNL included Fiordiligi in Cosi fan tutte, Cleopatra in Giulio Cesare, Gretel in Hansel and Gretel, Susannah in The Marriage of Figaro, and Arline in The Bohemian Girl, a role for which she won the "Best Female Singer" award at the 2002 International Festival of Light Opera in Waterford, Ireland.