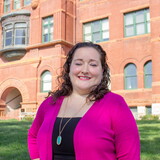 END_OF_DOCUMENT_TOKEN_TO_BE_REPLACED

The course of a competitive swimmer’s career usually starts shallow, with small, local meets that advance into larger and larger pools. For Nebraska Wesleyan University swimmer Kayla Hepler (’24), the current has flowed in a different direction.

Hepler, a native of the Republic of the Marshall Islands, arrived in Lincoln last fall with years of experience in world meets. She left campus in December 2021 to represent the Marshall Islands at the 15th FINA World Swimming Championships in Abu Dhabi, UAE. There, she shared the pool with 900 of the world’s top swimmers, including Team USA 2020 Olympic medalists Kate Douglass, Lydia Jacoby and Emma Weyant.

One of two women to compete under the Marshall Islands flag, Hepler set personal bests in both her events: the 50m butterfly and 50m freestyle. 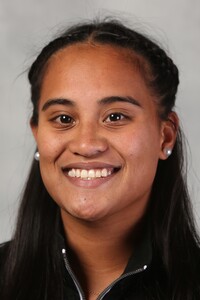 “I feel amazing about my performance,” she said. “At first, I was a bit nervous; it’s always the nerves that get to you. But actually, I feel happy. I feel like I accomplished something.” For kids raised on the Marshall Islands—a tiny series of Pacific islands and atolls roughly halfway between Hawaii and Australia—water is a way of life. “I started swimming when I was just a baby,” Hepler said. “My mom would take me to the pool every day. I started competing when I was around 15.”

The islands’ combined landmass is roughly equal to Washington, D.C. And the nation’s population of less than 80,000 makes it a little smaller than Sioux City, Iowa. So, finding competition meant looking internationally. “I’ve competed in so many different countries,” she said. “I think my first one was in Indianapolis, and that was pretty cool. I also went to Buenos Aires. I’ve been to Papua, New Guinea, for an international swim meet. That was pretty fun.”

Those experiences left her unafraid to search far and wide for a college home. She found Nebraska Wesleyan thanks in part to her older sister, Annie. Annie swam on the club level at the University of Nebraska. Her club coach, Kyle Hunt, became Nebraska Wesleyan’s head swim coach in 2019. But for his recruiting, she’d likely never have heard of NWU.

“Kayla is a very smart, very cerebral swimmer,” Hunt said. “She is really cool, really calm and collected, has a super bright smile. When training is hard, she’ll uplift people by her personality.”

“I’m hoping people back home are inspired to compete like me, to represent our country and get that experience I’ve had.”

Hunt said, “The best part about her is she is super coachable and willing to adjust. If we need her to step up in a relay, she’ll do that. If she needs to swim an event she’s not really comfortable doing, she’s willing to do that. Ultimate team player.”

Hepler transferred to NWU after a pandemic year of studying online. She called her first semester in University Place an ongoing learning experience, from the intensity of training to being her team’s only woman of color. “At first, I did feel a little weird. I felt like I was standing out,” she said. “I am still adjusting and getting to know [teammates], but I have definitely made friends on the team.”

She said her top goal at NWU is to complete her education degree and return home to join the long line of teachers in her family. As for swimming, Hepler wants that to benefit her homeland, too.

“I’m hoping people back home are inspired to compete like me, to represent our country and get that experience I’ve had,” she said. “Meeting new people and swimmers from different countries is cool. Being able to represent your country is pretty fascinating as well.”