The Upsilon Chapter of Phi Kappa Tau at NWU was recognized this summer with several awards, including outstanding chapter.

The Upsilon chapter of Phi Kappa Tau was recently awarded the Roland Maxwell Outstanding Chapter Award. The award recognizes Nebraska Wesleyan’s chapter as the most outstanding in the country – noting the high GPA, significant amount of service hours and high philanthropic giving of the chapter. The chapter was celebrated during the fraternity’s national convention last month. This is the eight-time Nebraska Wesleyan’s Upsilon Chapter was recognized with this award, the most of any Phi Kappa Tau chapter.

Past-president Dallas Jones, Jr. was also named as the 2021 William H. Shideler Award recipient at the Phi Kappa Tau national convention. The Shideler Award is the fraternity’s highest undergraduate honor that is presented annually to an outstanding graduating senior. Jones was initiated into the organization in 2017 and has held several key positions in the chapter, including president and vice president.

The chapter also received several other awards, including recognition for the chapter’s outstanding Board of Governors and alumni relations program. Other members receiving awards included, Sam Kohmetscher and Alex Eischeid. Kohmetscher received the Taylor A. Borradaile Undergraduate Award for his contributions to the chapter’s overall success and demonstration to the organization’s values, and Eischeid received the Best New Associate Award for demonstrating success as a new member of the organization.

The Gamma Phi chapter of Theta Chi recently received the Chapter Achievement Award at Theta Chi’s 165th anniversary celebration. This award places Nebraska Wesleyan’s chapter as one of the top five in the country. The award recognizes chapter success, progress and improvement in chapter operations.

Past-president Hunter Smith was named this year’s Reginald E. F. Colley Award recipient at the national celebration. The Colley Award is Theta Chi’s most prestigious collegiate honor that is presented annually to one undergraduate for their distinguished service to their alma mater, chapter and community.

Gamma Phi chapter advisor Dustin Bartley was also awarded a Citation of Honor for his over 14 years of service to the chapter and Theta Chi organization.

Learn more about Theta Chi by visiting their website. 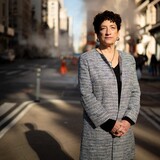 Visions and Ventures to address breaking down boundaries of race, class and the environment