“It’s easier to be vulnerable when you only need validation from yourself.”

That was Nebraska Wesleyan University senior Jason Ezell’s response to his academic advisor last year after he shared some difficult details about his life during the Let Love Overcome Fear Rally.

“I still think about that sentiment and the powerful leadership ethos that shows,” said Kelly Clancy, assistant professor of political science.

Ezell is this year’s Mary Butler Award winner. The award recognizes a junior or senior who identifies as a student of color, is in good academic standing and demonstrates the ability to enrich campus through extracurricular involvement, leadership, responsibility and concern for others.

In addition to speaking at and planning the Let Love Overcome Fear Rally, the political science and business major from North Platte, Neb., is a member of Pride Alliance, serving as treasurer; Student Affairs Senate, serving as a diversity representative; University Choir, a peer assistant in the residence halls, Cooper Center consultant and a student representative on the university’s Strategic Planning Committee.

Last spring, Clancy asked Ezell to co-instruct her Race and Relations class. She knew his lived experiences and passion for diversity would be meaningful to her students.

“In particular, he reached out to students who hadn’t encountered conversation over diversity before, bridging barriers between different student groups,” said Clancy.

“I have not met anyone to match Jason’s dedication and commitment to bettering the Nebraska Wesleyan community,” added junior Holly Skorupa. “Through his actions while being involved with multiple organizations on campus, maintain multiple jobs on top of his education makes his an exemplary student for the Mary Butler Award.” 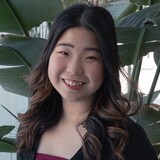 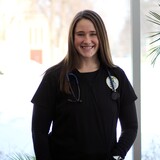