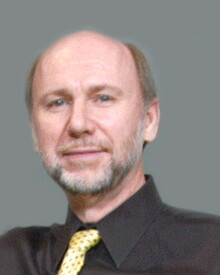 Richard K. Jones has been on the music faculty of Nebraska Wesleyan University since 1981, where he heads NWU’s Percussion Studies program and coordinates the music technology curriculum. He has been instrumental in developing NWU’s music technology program, which began in 1985 with one small CAI (computer-assisted instruction) station and today embraces two complete CAI labs and a professional digital recording studio. Mr. Jones is the recipient of the 2005-2006 Exemplary Teaching Award presented by the General Board of Higher Education and the Ministry of the United Methodist Church.

Mr. Jones is a member of Lincoln’s Symphony Orchestra where he holds the position of Principal Timpani and he is also the Assistant Principal Percussion/Assistant Timpani with the Omaha Symphony Orchestra, a position he has held for over thirty years. In the course of his career, he has worked with many world-class artists including Robert Shaw, Arthur Fiedler, Christopher Hogwood, Henry Mancini, Aaron Copland, Pinchas Zukerman, Itzak Perlman, Joan Sutherland, Lorin Hollander, Leontyne Price, Yo-Yo Ma, Andre Watts and Jean Pierre Rampal. In addition to making his own mallets, he enjoys tinkering with the instrument he plays and has built or re-built three complete sets of timpani and maintains an online book, The Well-Tempered Timpani, which details his research into the acoustic properties of the instrument and the process of timpani temperament. Mr. Jones has also served numerous terms as musician representative on both the Lincoln’s Symphony and Omaha Symphony Board of Directors.

When not teaching at Nebraska Wesleyan University or performing with the LSO or the OSO, Mr. Jones teaches privately through Foster Jones Studios, which he founded in 1980 with his wife, Willa Foster Jones. For the past twelve years he has also been sharing his knowledge of music technology with other students by teaching classes in music composition for Lincoln’s Bright Lights summer enrichment program and the Lincoln Suzuki Institute.

In his spare time, Mr. Jones dabbles in composing a type of music which he describes as “algorithmic-specific-electro-acoustic moment music;" i.e., music composed in and existing for a specific moment. His most recent work, The Eternal Dance of the Celestial Canon of Tiers, received its premiere by Lincoln’s contemporary music ensemble, The New Music Agency, in October of 2005.

Richard has been affiliated with PAS (Percussive Arts Society) since 1974 and served as the Nebraska Chapter President from 1984-1989.