Finding Her Voice
Published
Thursday, May 16, 2019

Just four years ago, Han Le (’22) hated science classes and knew almost no English. Today, she is a biochemistry and molecular biology major who speaks English not just fluently but eloquently.

Le attributes both changes to her ability to break down problems into smaller pieces. When she began to look at science, mental health especially, on a molecular level, “things just clicked,” she said. “It all became so interesting.”

The same was true with learning English. She conquered it one word, one phrase, one conversation at a time. Eventually, she says, something also just clicked.

Neither journey was free of obstacles. But through all her uncertainties, she ended up finding something more than fluency in a new language or even a sense of direction.

She ultimately found her voice.

Le grew up in Vietnam. Her grandfather had a background in psychology and worked for the U.S. government during the Vietnam War. What he actually did during the war is somewhat nebulous. He rarely spoke about his past. But Le knows her grandfather spoke four languages and worked as a tailor “as a cover.”

In whatever capacity he assisted the U.S. government, that work qualified him for the U.S. Humanitarian Operation Program, which allowed Vietnamese citizens who had been detained in “re-education camps” because of their association with the U.S. government to resettle in the U.S.

In 1995, Le’s grandparents left Vietnam. After her grandfather passed away, Le’s parents decided to come to the U.S. to take care of her grandmother. Her parents also wanted to give Le a wider range of educational opportunities.

Because they were born during the war, Le’s parents never had a formal education. But they were self-taught, frequenting the local library and developing a lifelong love of reading and learning. Le remembers her parents making her read “Wuthering Heights” at the age of eight. Throughout her childhood, they made sure that Le was given the opportunities they didn’t have.

At the age of 15, Le left everything behind and settled in Lincoln, Nebraska—just about the most foreign place she could imagine.

Fitting in proved challenging. Le was actively learning English but she still struggled with the language barrier. “Why don’t you learn English?” strangers would huff. Le grew self-conscious and afraid to let people hear her accent.

“I used to hide in the bathroom of my high school and be afraid to come out,” she remembered. “I’ve always been an introverted person, but struggling [with language] on top of that was really hard. It took so much energy just to socialize.”

Le then transferred to a different high school, where she found a larger group of students who were also learning English. Her perspective began to shift.

“There were refugees who spoke languages with different alphabets,” she said. “I thought, well if they can learn English, I can, too.”

She set a goal for herself. Every day, she would talk about a certain subject with ten people.

“I felt more comfortable asking for help from other students,” she said. “I would say, ‘I’m struggling to find the right words for this’ or ask ‘how do you express that,’ and people were happy to help me.”

It was around this same time that her interest in science grew. In a way, it was like picking up another language.

“My high school chemistry teacher [had a] great style of teaching,” she said. “He would break it down and use analogies that connected science and everyday life. I started getting really intrigued. Then I took a psychology class, realized I could combine the two, and found my interest in neuroscience.”

Le’s newfound direction and increasing confidence changed her high school experience. The rest of high school could be described as stereotypical. She made friendships, became involved in theatre productions, played on the tennis team, and began to think about college.

Nebraska Wesleyan became the clear next step in her journey. She received scholarship support, including the Huge Scholarship awarded by the Harry and Reba Huge Foundation. And she was accepted into the Louis Stokes Alliance in Minority Participation (LSAMP) program. Funded by a grant from the National Science Foundation, LSAMP provides academic support to underrepresented students in STEM fields.

Le loves Nebraska Wesleyan’s small class sizes, her professors’ open doors, the balance between athletics and academics, and of course, her science classes.

She just finished up her first year, admittedly ready for a break after completing 22 credit hours last semester. She added a minor in psychology and plans to go to graduate school for neuroscience. She’s on the Student Affairs Senate and is a student-athlete advisor. While at NWU, she wants to study abroad and pick up another language (she’s already taking classes in Chinese).

Half way through her first year, the Duane W. Acklie Hall of Science opened, and her NWU experience got even brighter.

“There’s so much more light!” she effused. “The light helps with focus and motivation. You can look back to campus and it is so beautiful. I also love all the areas for studying and socializing.”

And that’s good, because these days she’s doing a lot of studying. And a lot more socializing.

“I have so much more confidence in myself,” she said. “I learned to advocate for myself. Not be afraid to ask questions. I still have a lot of work to do, but I’m finding my voice more and more each day.” 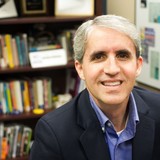 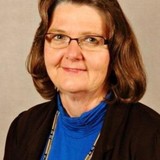 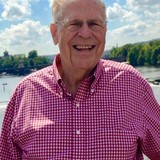 A Semester to Remember