Jalyn Colón (’23) can’t remember her first time on campus, the first story she heard about Nebraska Wesleyan or her first NWU sporting event. Her earliest memories of Nebraska Wesleyan include running around Abel Commons with her cousins, including Cooper Colón (’24), on Sundays after services at First United Methodist Church. Jalyn’s most distinct childhood memory of NWU took place from Abel Commons one Christmas Eve. While supervising Jalyn, Cooper and their cousins after First UMC’s Christmas Eve service, Jalyn’s mom, Kelli, looked up at Old Main and saw Clara Mills, who died in her office in the C.C. White building in 1940—nearly a decade before Jalyn’s great-grandfather began as an instructor and administrator at Nebraska Wesleyan—and made her first ghostly appearance just a few months after Jalyn’s grandmother graduated in 1963.

Originally from Puerto Rico, Jalyn’s great-grandfather, Vicente, his wife, LoRene, and their children moved to Nebraska and found their home in Lincoln. In 1948, Vicente completed his M.A. in Spanish at UNL and began his family’s generations-long relationship with Nebraska Wesleyan when he was hired as an assistant professor of Spanish. He soon became a vital part of NWU Admissions, serving as a recruiter beginning in 1950, being promoted to Director of Admissions and then serving as Dean of Admissions until he retired in 1968. The Colón family extended his impact on NWU by establishing a scholarship in his and LoRene's honor to help those with similar challenges access an NWU education.

Franklin (’59) and Floyd (’61) enrolled at NWU and deepened the family’s roots in Lincoln. Many Colón family stories include life at Nebraska Wesleyan in the late ’50s and early ’60s. Jalyn’s grandparents, Floyd and Fran (’63) met through their active involvement in ΦΚΤ and ΦΜ.

Even with the significant impact of Greek life on her grandparents’ lives, Jalyn—like her dad, Mick (’95), and Uncle Charlie (’91)—didn’t feel the pull of Greek life. “My dad and uncle found their social life in baseball. I thought about rushing, but it wasn’t for me. That’s actually one of the things I love about Wesleyan—I can be friends with people in sororities but don’t need to join to fit in.”

For Jalyn, Nebraska Wesleyan just fits. She is comfortable on campus—from childhood Sunday morning play, countless NWU baseball and football games and her high school track meets hosted on campus. Though she wasn’t sure she wanted to follow the family pattern of enrolling at NWU, Jalyn was looking to follow her aunts on another family path to become a nurse. After learning that the other schools she found interesting didn’t have nursing programs, she finally visited Nebraska Wesleyan. “When I came for my official visit, it just felt right. I really wanted a nursing program, and campus is so familiar to me. It feels like home.”

Despite knowing campus well, Jalyn still had normal first-year jitters when she started school last fall. But her peers noticed how much more comfortable she was getting around campus, and she noticed one other difference from most first-year students. Faculty and staff pause at her last name with a spark of recognition: “Oh, you’re a Colón!” Many know her dad or uncle, some know her grandparents, and some even know of her great-grandfather’s impact on NWU Admissions.

Before Jalyn arrived at Nebraska Wesleyan, she learned that there was one more perk to her familiarity with NWU. She knew she had received a Nebraska Strong scholarship and had won a pre-health scholarship, but she didn’t know that she would also be receiving a legacy scholarship. “It was pretty cool to find out that I would be getting a little bit more in scholarships because my dad went here.”

This past spring, Jalyn had to leave her residence hall—the same residence hall where her grandmother lived her first year at Nebraska Wesleyan—and finish her semester at her parents’ house. Even though she was still in Lincoln and still surrounded by NWU stories, Jalyn struggled to stay focused on school. She didn’t like studying off-campus and found the lack of physical proximity to her classmates and professors weird. Like many NWU students who come for the small community, Jalyn likes going to class. “I am so happy to be back this fall. I’m most excited about my labs, my hands-on nursing classes and just being with friends on campus.”

Thanks to her great-grandfather, grandparents, dad and uncle, Nebraska Wesleyan has always been a part of Jalyn’s life. Now she has her chance to shape Nebraska Wesleyan as a student and make a name for herself as the first of at least two Prairie Wolves from a family of Plainsmen named Colón. 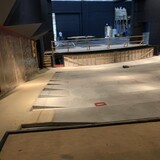 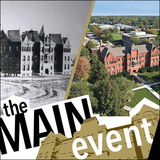 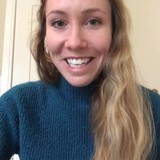