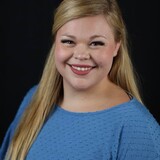 END_OF_DOCUMENT_TOKEN_TO_BE_REPLACED

Nebraska Wesleyan is proud of our commitment to educating leaders who will make the world a better place, and it all starts in the classroom. In Communication Studies Professor Dr. Karla Jensen’s research methods class, students spend a whole semester engaged with a non-profit to study and grow their internal communication processes. Yuliia Iziumova ('23) describes one benefit of the class as “learning about how nonprofits operate and how challenging it can be for them to find the necessary resources.”

Many NWU students take their passion for service with them after they pass through the arches. Their experiences on campus prepare them to build and lead organizations that serve their communities. Kathy Whitmore (‘72), Marty Martinez (‘01), and Dan Lambe (‘92) each currently lead a national or local non-profit. 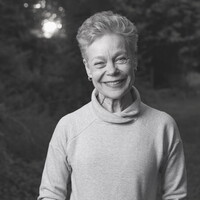 While an undergraduate education major at NWU, Kathy Whitmore’s passion for working with students from disadvantaged backgrounds grew through the Cooperative Urban Education (CUTE) program. Through this program, Kathy completed her student teaching in low-income schools in the Omaha area. This passion took her to Atlantic City, New Jersey after graduation where she taught in the Atlantic City school district for the entirety of her career. 100% of students at Kathy’s school received discounted or completely free lunches. After retiring, Kathy yearned to try something new, so she visited her local yoga studio. After becoming a yoga instructor in 2014, Kathy knew yoga had a lot to offer to the community she had served for 40-years. The Leadership Studio, which now provides accessible yoga, education, and leadership skill building opportunities to Atlantic City residents, was born.

The Leadership Studio got its start by offering after school yoga programs at the Boys and Girls Club, family yoga on Saturdays in the community center, and pop-up yoga in the park in the summers. As colder weather approached, Kathy looked for a space to offer yoga full time. She finally found one in downtown Atlantic City to offer 100% donation-based yoga to residents who couldn’t afford private classes or didn’t have the means to commute to a less-centrally located studio. When the Leadership Studio opened its doors in 2017, all of its teachers were volunteers.

Kathy currently serves as the executive director of the Leadership Studio where she actively engages in community engagement. Kathy has always been committed to serving her community, “it really is just who I am.” Kathy grew up in a service-oriented household which was reinforced through her time at Nebraska Wesleyan and her participation through the CUTE Program, “my years at NWU helped me to become the person I am.” Kathy was also recently awarded the Alumni Humanitarian Award. 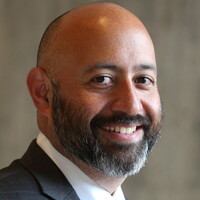 After leading the city of Boston through the COVID-19 Pandemic, Marty Martinez recently took up a new role as the CEO of Reach Out and Read, a national non-profit that utilizes books to enforce healthy bonds between parents and children from birth to 5-years-old. Reach Out and Read’s model is integrated into wellness visits for children. The organization was started 33 years ago by a group of pediatricians completing their residency in Boston City Hospital who provided books to parents of young children to increase literacy and school readiness for children of low-income families. Now, Reach Out and Read partners with 40,000 clinicians, pediatricians, family doctors, and nurse practitioners in 6,000 clinics to reach 4 million children, nearly a fourth of all children in the United States. At children’s checkups, the provider will model for the parent how to facilitate reading to the child and encourage them to frequently read to their child which is paramount to their development. However, the real power of Reach Out and Read is strengthening relationships between the parent and child. “The power isn’t that a 5-year-old knows a bunch of words, the power is the bond that is created between the parent and child.”

Marty, an Omaha native’s, passion for service began at a young age as he personally benefited from social services, the Boys and Girls Club, and sports. “I knew what it was like to have support from community organizations. That’s always been the world I wanted to contribute to.” Nebraska Wesleyan gave Marty the opportunity to serve and be involved in the community as a member of Theta Chi, an officer for Inter Fraternity Council, and was one of the first groups to travel to the Dominican Republic with Global Service Learning. He also connected and worked for nonprofits while at NWU and throughout grad school; a passion that is still with him today as Marty’s entire professional career has been in the non-profit sector.

Communication Studies and Political Science alumnus Dan Lambe was recently appointed President and CEO of the Arbor Day Foundation. The Arbor Day Foundation is the nation's largest non-profit organization dedicated to plants. Since its establishment 50 years ago, the Arbor Day Foundation has planted and distributed nearly 500 million trees around the world and facilitates programs and recognition within schools and cities, including recognizing Tree Cities and Tree Campuses and overseeing the Arbor Day Farm, a 260-acre conservatory in Nebraska City, Nebraska.

A career in the non-profit sector was a natural fit for Dan as he is steadfast in his belief that contributing to the community is an individual’s civic duty. Dan’s passion for volunteerism was instilled into him from his parents and flourished during his time at NWU. Dan most fondly remembers the diversity of the education he received at NWU for preparing him to thrive in any work or group situation.

From coast to coast and right here in Lincoln, NWU alumni are making a massive impact. Aided by dedicated professors and the unique experience of a liberal arts education, today's students can look to alumni as they cultivate their passions and become the next generation of non-profit CEOs and philanthropists.