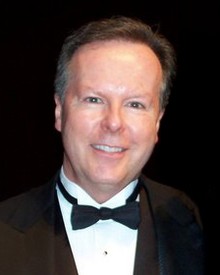 Dr. Jones has conducted research on eighteenth and early nineteenth century pianos. In 2004 he spent a semester in London, England visiting early instrument collections at the Royal Academy of Music, the Royal College of Music, and the Victoria and Albert Museum. He was given permission to play many of the museum pianofortes in London and also at Finchcocks in Kent and at the Cobbe Collection in Surrey.

In 2013 Dr. Jones continued his research on historic keyboard instruments during a semester sabbatical in the United Kingdom. He studied and played harpsichords, clavichords, virginals, and fortepianos at the St. Cecilia Hall of Historic Keyboard Instruments in Edinburgh, Scotland and at Fenton House in London. Dr. Jones did research at the Royal College of Music Instrument Collection, London. He attended lectures at the Historic Keyboard Collection of the Royal Academy of Music, London, where he also played the instruments and interviewed the Collection Technician and Historian. A return visit to Finchcocks in Goudhurst, Kent gave Dr. Jones the opportunity to examine and play English, French, and Viennese fortepianos. Dr. Jones played on pianos in the Cobbe Collection at Hatchlands Park, Surrey that were once owned by many famous people including Chopin, Mahler, Elgar, and Marie Antoinette.

Dr. Jones's research is used in his teaching to provide a better understanding of the type of instruments available to composers of the classic and early romantic style periods, and how to perform music from this time period on the modern piano so that it reflects in the intentions of the composers.