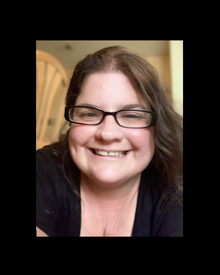 I joined the Political Science faculty at Nebraska Wesleyan University in the fall of 2015. I did my doctoral work at Rutgers University in New Brunswick, NJ. While at Rutgers, I received a Foreign Language and Area Studies grant to study Polish in Krakow, Poland, and a Baden Wurttemberg stipendium to study at the University of Konstanz in Konstanz, Germany.

Before returning to academia, I was a high school debate coach at Westlake High School in Austin, TX, I worked for the Nixon Archives, and the Congressional Research Service at the Library of Congress in Washington, DC.

I am writing a new book: Everyday Activism: Stories of Anti-Trump Resistance!

My research focuses on questions of social justice and the politics of protest. My first book, The Politics of Genetically Modified Organisms in the United States and Europe (Palgrave Macmillan 2016), examined the puzzle of contentious politics surrounding GMOs on both sides of the Atlantic. Since then, my research has continued to examine different points of protest in Europe and the United States.

I use multiple methodologies to study these social movements. I start by studying the resistance movement in general, focusing on ways that protestors mobilized after the 2016 election. One of the particular emphases is on “red states rising” and the way that progressive movements have mobilized in traditionally conservative parts of the country. In these red states, I study mobilization around progressive issues, such as the expansion of Medicaid in Utah, Idaho, and Nebraska. Throughout the project, I have been engaged in participant observation research, attending protests and meetings of Indivisible groups and protests. Additionally, I have structured a longitudinal study in multiple phases. I first administered a survey to all Indivisible and Black Lives Matter groups in cities with over 200,000 people, and received 196 responses. Based on these responses, I conducted 44 semi-structured interviews with activists, asking about this political moment, their organizational strategies, and the way their activism intersected with the 2018 midterm elections. I am in the process of following up with these 44 activists, asking about their perceptions of the midterm elections and how they are strategizing for 2020.

Both of these research trajectories feed into my career objective of continuing to evolve as a teacher-scholar by interweaving social justice into my research, teaching, and service, as I contribute to the life of my liberal arts university. I put my teaching and research in close conversation with each other, infusing my courses with deep discussions of the politics of diversity and inclusion.

Action Council on Diversity and Inclusion, member; founder of the subcommittee to advance diversity in hiring

2016: Student-Faculty Collaborative Research Grant to Scotland, “Effects of Youth Participation on the Scottish Independence Referendum of 2014”