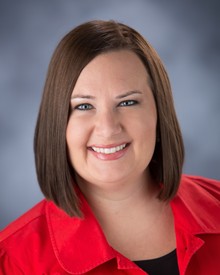 Amy Spears is in her eighth year at Nebraska Wesleyan University and is an Associate Professor of Music . Her primary responsibilities include teaching undergraduate music education courses, supervising student teachers, and teaching courses for all major such as rock band and world music drumming. She teaches courses in the Archway Curriculum on writing and diversity, classes within the Chaos Thread, and Global Diversity-Instructive courses.

Amy traveled on a study abroad trip to Rwanda in 2019 with Professor of English and International Studies Program Director, Dr. Gerise Herndon and students from across the university. They learned about life in post-genocide Rwanda, after the Hutu ethnic group tried to eradicate the Tutsi ethnic group over 100 days in 1994; they succeeded in killing over 800,000. While there, she learned about how music was used as a tool in the genocide, and how it has also been used to heal the country since then. Dr. Spears plans to co-lead a co-curricular study abroad experience with Philosophy professor, Dr. Lisa Wilkinson, in summer 2022.

Dr. Spears completed her Ph.D. from Arizona State University in 2014. She holds a Master of Music in Flute Performance from the University of Alabama and a Bachelor of Music Education from Auburn University in Alabama. Prior to her appointment at NWU, Dr. Spears was a Visiting Instructor of Music Education at Florida Atlantic University where she taught graduate and undergraduate students in music education. She also taught undergraduate music courses and gave private instruction at the University of Alabama and Arizona State University. Dr. Spears has five years of teaching experience in public school music programs in Arizona and Alabama, including instruction with beginning, middle, and high school levels of concert bands, chamber ensembles, marching bands, jazz bands, middle school orchestra, middle school percussion ensemble, secondary general music, and guitar classes.

Her research agenda is focused on three specific areas of interest: informal music learning; the experiences of pre-service and in-service music teachers with visual impairment; and music and music education in Africa, specifically Rwanda. Dr. Spears has published research in the peer-reviewed Journal of Popular Music Education and Visions of Research in Music Education. She has had two book chapters published, one most recently in Marginalized Voices in Music Education. She is a regular presenter at national and international conferences throughout the United States including the National Association for Music Education (NAfME), the Society for Music Teacher Education (SMTE), Instrumental Music Teacher Educators’ Colloquium (IMTE), the Midwest Band and Orchestra Clinic, and state music conferences nationwide. Dr. Spears maintains an active professional involvement with  the National Association for Music Education (NAfME), its sub-organizations, and its state affiliates.

Dr. Spears also performs in several groups: she plays flute and drum set in Release Time Band, which consists of Nebraska Wesleyan faculty members who perform at local coffee shops and on campus; and she performs flute for First United Methodist Church in Lincoln.

Archway Seminar: Rock Band: Do you have what it takes?

Music for the Classroom Teacher

2018 Exemplary Teacher of the Year